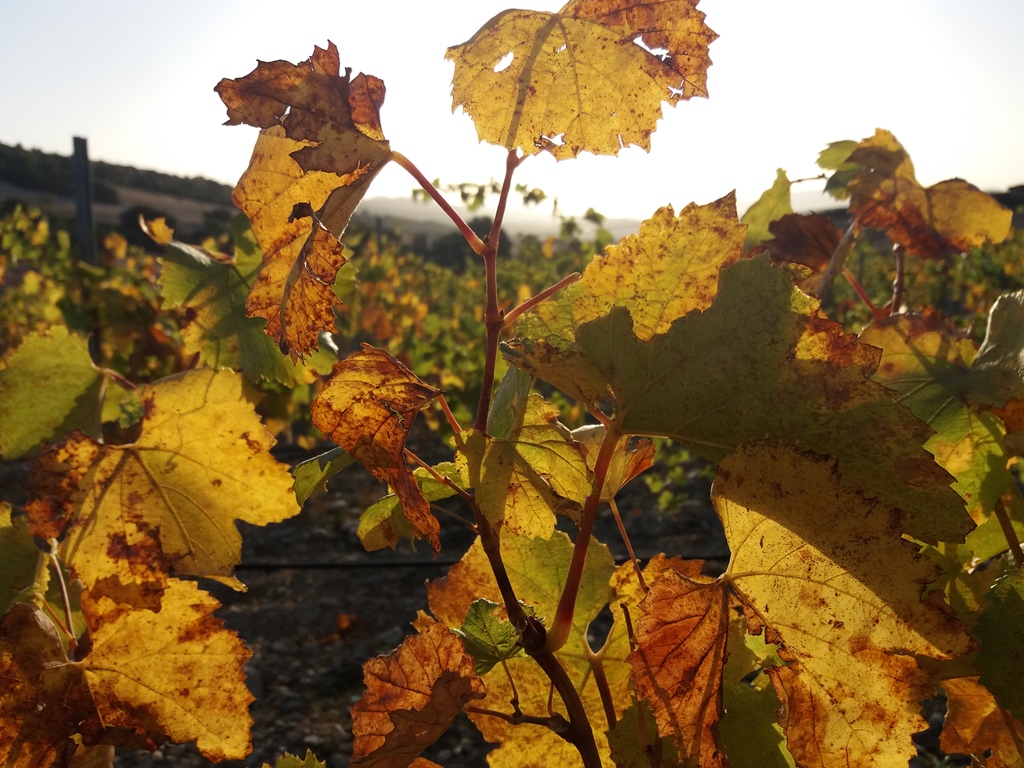 María José Fernandez Llamas joined the team this year as the technical director of the project. Problems detected in the formation of the plant with analysed in minute detail and, after a chemical analysis of all of the rural estates, drastic decisions were made in relation to pruning: as is the case every year, we pruned in early April to minimise the damage caused by frosts in May.

At this time, we placed greater emphasis on ensuring a vineyard that is balanced and strong, rather than on production. What we care about is a high-quality crop, and a vineyard that can provide us with such a crop for many decades to come.

The pruning was radical. The aim was to eliminate the old wood that was taking over the plants, causing them to age prematurely. We carried out a strict guyot pruning, eliminating the second arms that were growing vigorously to the detriment of the adjacent vines planted in 2016. We started this task on April 17, and finished on May 7.

For the formation of the new arm, the most-developed and best-positioned shoot was chosen from the lowest part of the plant.

Many owners could not make this sacrifice. In our case, we had to remove arms that provided us with one of the few bottles that we had produced up until that time. 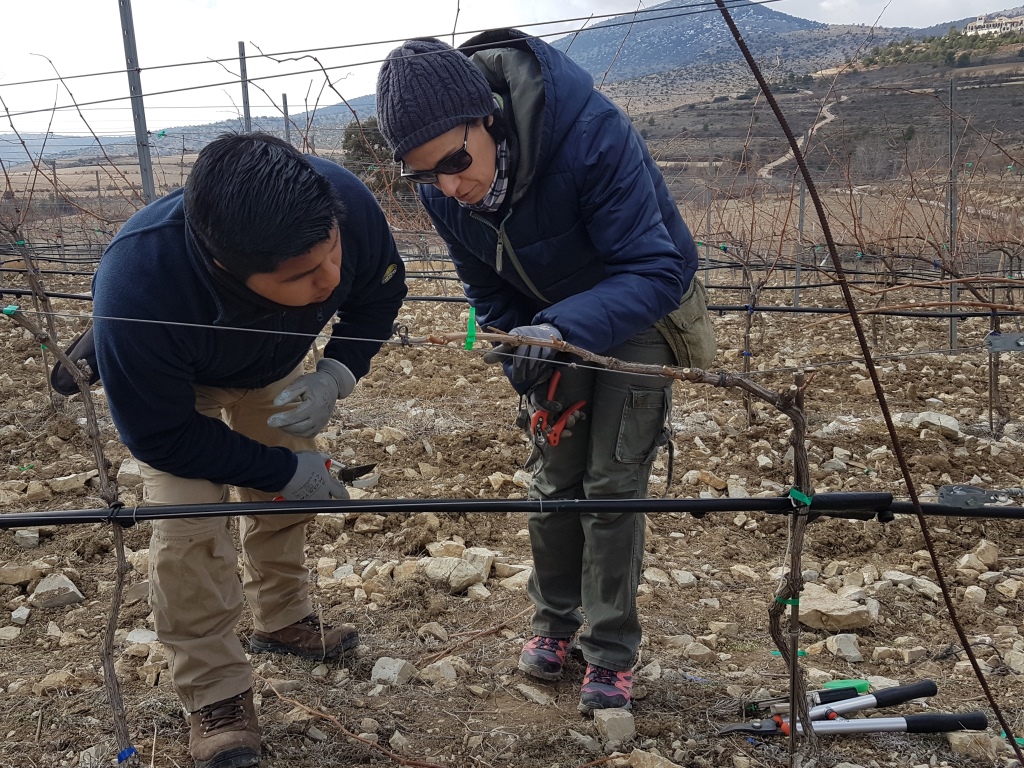 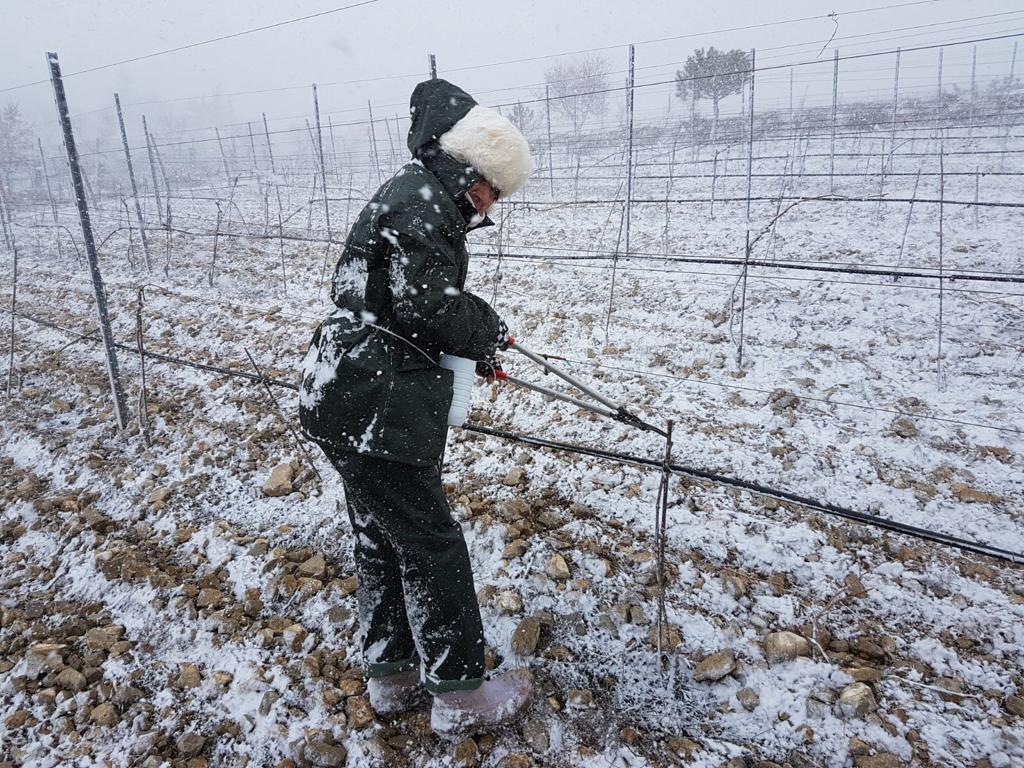 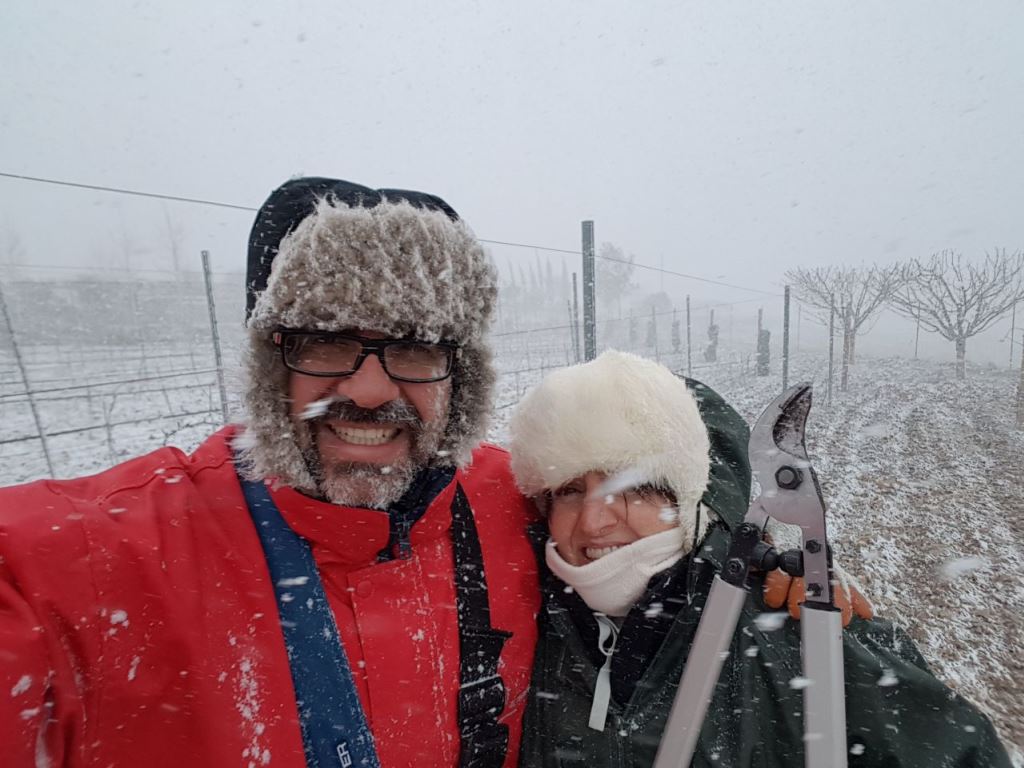 Four buds were left on two vines to prevent frost. We aim for 8 clusters per vine, to produce 1.5kg/vine.

We are now in our seventh year of plantation. A harvest of some 4,000 kg has been forecast, similar to that for 2017.

The old Viognier rods produced one cluster or none, while vines with new rods yielded 1 or 2 clusters per shoot. Next year, we will throw out any old wood remaining.

Once the frosts of May have been sorted, the upper shoots are removed and a meticulous green pruning begins to ensure the best possible balance. As well as the usual trimming, all excess vines that produced healthy shoots were removed. Vines were trimmed and their pointy edges smoothed down. Closer to the harvest, the leaves were selectively stripped off to ventilate the clusters to prevent botrytis resulting from the very adverse climatic conditions experienced this year.

Maintaining humus in the soil at optimal levels is crucial to our vineyard. To this end, we have introduced a herd of 12 sheep for the first time. These sheep graze at ease from Easter until the plant begins to shift. To increase the requirements of the plant, which were stunted as a result of the severe trim we gave it, we have applied 400 grams of organic manure produced by free-grazing sheep. This was done, making the most of the impact of the snow, on the RAIZ days of February, in accordance with the biodynamic agriculture calendar of María Thun. The fields were also ploughed during RAIZ days in April, once trimming had been completed. 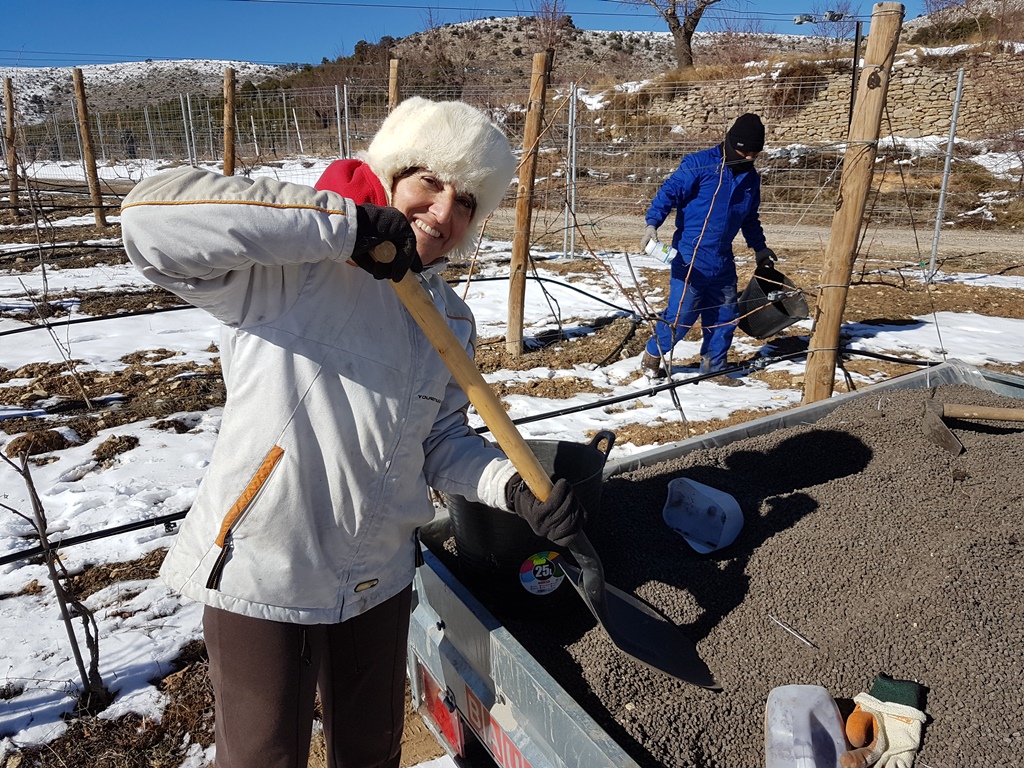 This year, the lunar and astral calendar has allowed us to predict hail and hailstorms with 95% accuracy. As a result, we were able to avoid an early hailstorm that arrived on April 27, 45 days earlier than usual. On April 15, we began to put the netting in place and...

We took care of the first challenge.

Two applications of sulphur were sufficient to keep powdery mildew and pests at bay. This was done on the HOJA days of the calendar.

In particular, it was of great importance to monitor the calendar on the days prior to the harvest. As early as May, we had predicted that the harvest would be delayed until October. We have been able to tolerate on the vine some of the clusters that have diluted the effects of the persistent rain. We also had to do away with plants damaged by hail, so that sufficient inputs could reach the plant to enable it to produce.

The life cycle was marked by a late sprouting that stalled until March 8, when stripping of the Gewürztraminer vines began. The first inflorescence began to appear on the Chardonnay vine on May 18. The division came on June 14 and flowering on June 30, followed by the setting of the fruit, which was standard across the whole area except for the rural estate of El Calar de la Zorra, which was particularly affected by the prevailing north-westerly winds. The Pinot Noir began to ripen on August 20, with this process completed on September 1. 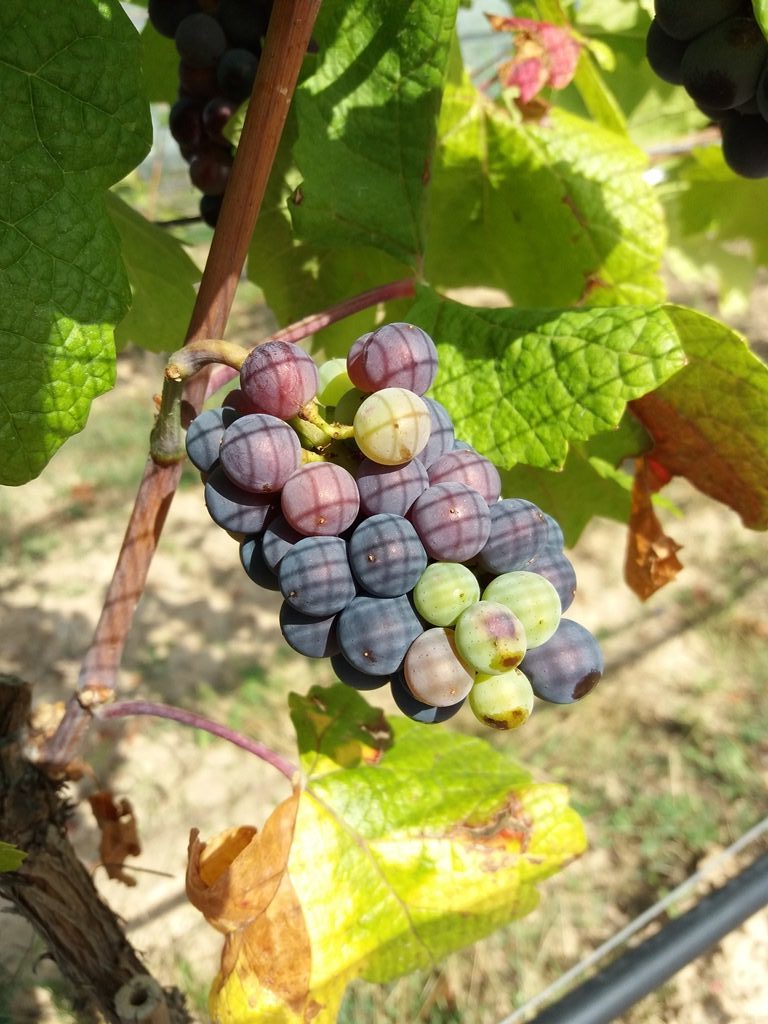