After a spectacular harvest, the autumn of 2020 was mild and dry.

Leaves remained on the vine for a long time, accumulating reserves for the next budding. Drip irrigation allowed us to compensate for the lack of rain. The plant began the winter with good reserves. 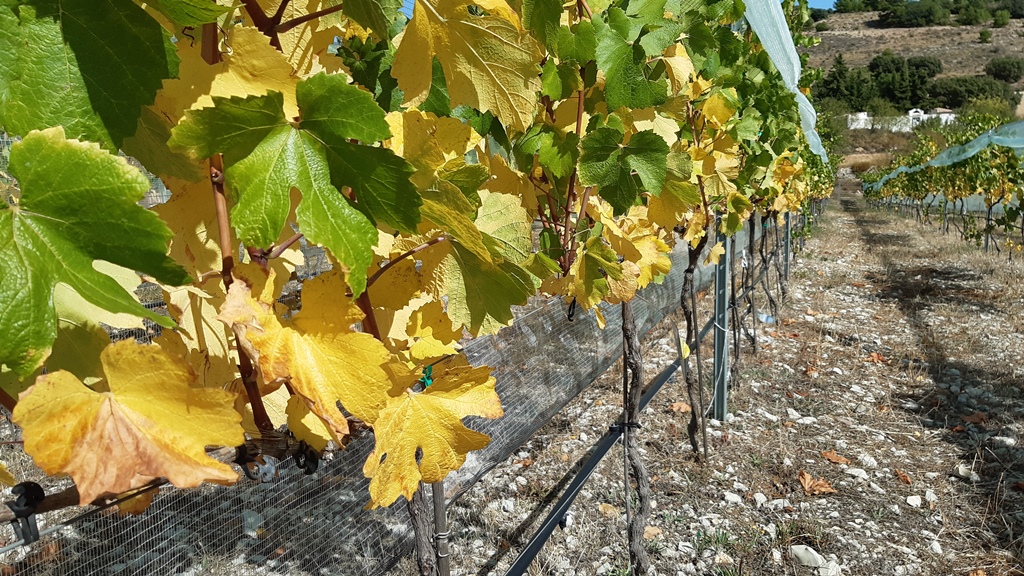 We had a second bout of snowfall at the start of December 2020. This year, the snow came early.

The third serious snowfall of the winter came in early January. Minimum temperatures were moderate (-4ºC to -6ºC).

From January 6 it snowed for six days in a row, with minimum temperatures falling to -8ºC. Once more, we broke the record set the previous year. Some areas of Spain, such as Madrid, experienced their heaviest snowfall in 70 years. 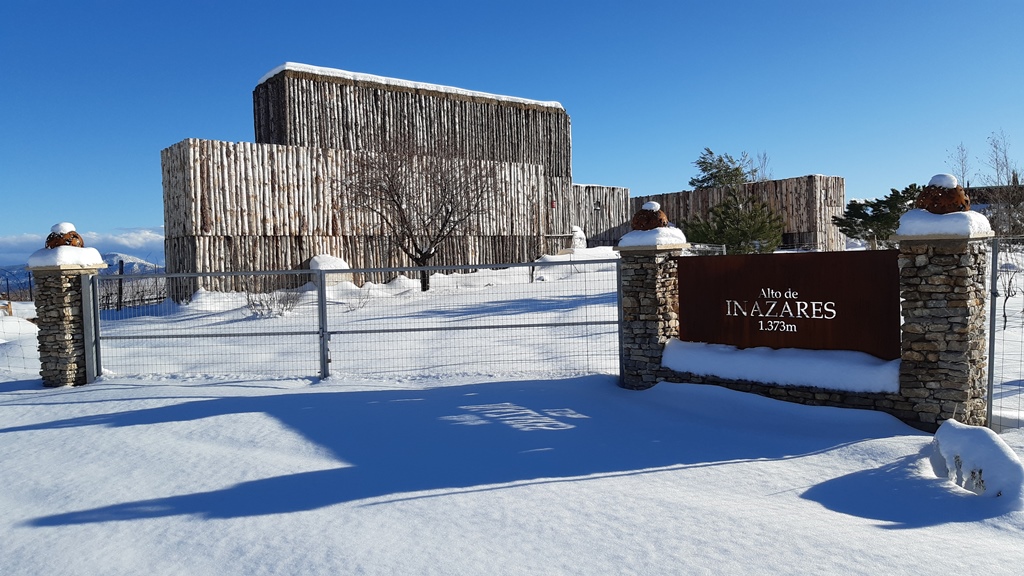 In mid-January, the whole of Spain experienced a cold snap that came in from the North Pole, with temperatures falling to their lowest in 30 years.

Extreme cold is the best medicine for the vineyard. It kills pests, puts fungi to sleep, and deeply heals wounds caused by pruning.

The weather remained cold until the first fortnight of March, although not as cold as in previous years. Temperatures ranged from 1ºC to 10ºC. Occasionally, there were sunny days.

Inazares had a dry winter, with little snowfall except for the heavy snowfall at the start of the year. The winter was long, as it used to be 10 or more years ago.

Days of intense cold were interspersed with days of abrupt increases in temperature.

The first rains of spring arrived at the beginning of April, with precipitation of 26 litres. Temperatures remained cool (between 4°C and 14°C).

In France, much of the harvest was lost due to intense frosts that were unusual at the time. The French government spoke of the “greatest agricultural disaster of the 21st century”

Rainy weather continued until the end of April, with minimums of 7°C and maximums of 13°C. The vineyard was still not budding strongly. The leaves on the trees had barely begun to open up. We were concerned about the delay in budding.

The first shoots arrived in mid-May. The shoots measured between 10cm and 15cm.

A week later, the days were cool again.

In mid-June there were storms that affected much of Spain, with hail in Galicia, Albacete, Madrid, and Rioja. Fortunately, this storm did not reach Inazares, which has its own meteorological patterns unique within Spain.

Summer was beginning, and a season 0.5°C warmer was expected. This was a departure from the forecasts made by María Thun in her biodynamic calendar.

June was the warmest month in Siberia since records began. In Canada, maximum temperatures of 50°C were recorded and there was a proliferation of devastating forest fires.

Early July saw the start of a heatwave, in which temperatures in the city of Murcia reached 46ºC. In Inazares, although the days were hot, the nights were very cool, with temperatures dropping to 15°C.

It had not rained since the end of May.

15/07/21: Temperatures plummeted unevenly in Spain. In Inazares, a temperature of 17°C was recorded in the middle of the afternoon. There was copious snowfall in the Aragon Pyrenees.

24/07/21: There was a new heatwave. The temperature in Inazares reached 33°C, which would have been very difficult to bear at this altitude were it not for the constant breeze that sometimes turns into wind there. We spent a few days holding our breath!

13/08/21: A third wave of extreme heat that affected the whole Iberian peninsula began.

15/08/21: Murcia experienced a new record temperature of 46.1°C. Meanwhile, the maximum temperature in Inazares was 28°C. “It looks like we will have room to adapt to climate change.”

19/08/21: There was a hailstorm in Inazares, accompanied by 35 litres of rain. Good fortune fell from the sky!

The netting protected the cluster perfectly and 80% of the vine. The damage done to the part of the shoot that extends beyond the trellis was not serious. The rain was very welcome.

01/09/21: A storm began that caused flooding and hail in much of Spain. In Inazares, it had not rained since August 19.

During the harvest the weather was good, with no rain and mild temperatures.