Winter in Inazares was as per usual, with four snowstorms.

We had our first hailstorm on June 4.

July that year was the hottest in Spain since records began in 1880. The average temperature for that month was 1.2ºC higher than the July average. The drought was the most extreme since 1994.

In Inazares, maximum temperatures to August 9 reached 37ºC. The nights were warm, with minimum temperatures of 25ºC. During the heatwave that began in July and continued until mid-August, it did not rain at all.
Maximum temperatures fell sharply to 17ºC at the end of August, with rain recorded on the days of the first pressing of the harvest on the 25th.

26 litres of rainfall were recorded in Inazares on August 15. Thereafter, temperatures remained low and there total rainfall of 56mm between then and September 1.

Sugar levels remained stable, rising slightly. The drainage capacity of the subsoil is to our advantage.

A strong high-pressure system moved in across Europe on September 8, and there was no rainfall. Temperatures were 10ºC above normal for this time of year.

The rains returned on September 18, this time as a cold front. We are able to harvest on time. The last pressing was on the 16th.

This October was the driest and hottest October in Spain since records began.

We recorded our first snowfall on December 1.

It was the driest year in terms of rainfall in the Murcia region since 1940. 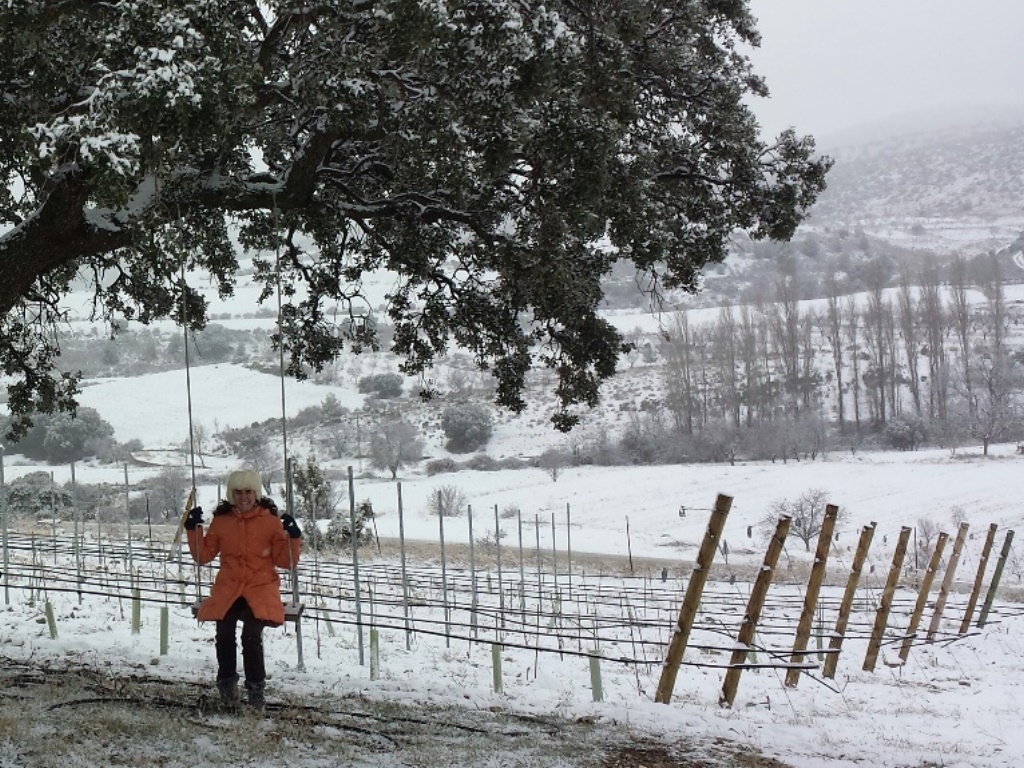