The 2019 vintage began in September 2018 with rain that came earlier and was more abundant than usual.

October was a very difficult month, with powerful rainstorms and gale-force winds that severely affected much of Spain. However, there was no rain worthy of mention in Inazares.

November was a moderately rainy month.

From December until the end of January 2019 the weather was unusually benign, with no rain whatsoever and light snowfall in early February.

There were only three snowfalls of 20cm to 30cm up to early March, and these were lighter than those we are used to seeing in Inazares in the winter.

This was the second year we followed the María Thun Biodynamic Calendar on a daily basis, interpreting the signs that allowed us to anticipate rain and hail with surprising accuracy last year. María Thun's predictions allowed us to get ahead in 2018 in making decisions that made possible a small but high-quality harvest. 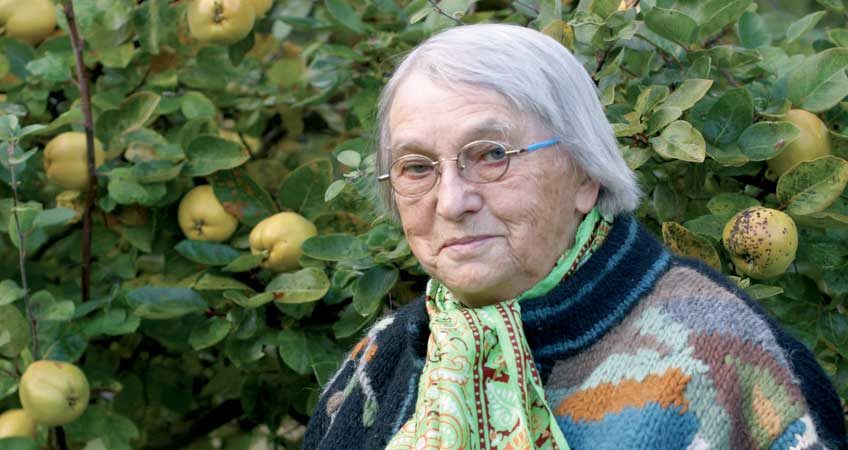 In 2018, we planned to put the follow-up and interpretation of these star signs under observation for at least three years to corroborate their reliability as a predictive instrument in our wine-growing activities.

However, in the first two months of the year these predictions did not come to pass. Probably we did not analyse the complexity of the 11 star signs used each day in the María Thun calendar with sufficient knowledge. This analysis requires extensive interpretation.

We continue to have high expectations for the rest of the year. 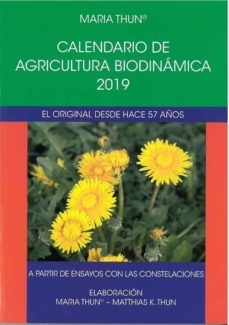 Until February night-time temperatures were moderate, never falling below -8ºC.

On March 4, 2019, a light squall began to arrive from the north-west and it began to snow in the north of the peninsula.

By April 1, it had still not rained. It was the driest first quarter this century. Mornings continued to be very cold, while maximum temperatures were higher than normal.

Easter saw the coldest cold front in the last 50 years.

Since April 15, my forecasts, which are based on the María Thun's Biodynamic Calendar, have been accurate.

In the last week of June, there was an extreme heatwave in Spain.

Record temperatures were recorded in Zaragoza (44°C) and La Rioja (42ºC), while Inazares recorded maximum temperatures of 31ºC and lows of 16ºC. In June, in view of the extreme heat, regions in the north of Spain adopted special protective measures for workers in the fruit and cereal production sectors. Meanwhile, in Málaga, shorter shifts come into effect for the construction sector.

The heatwave ended on June 30 with record temperatures. However, temperatures remained high for that time of year. That day, new storms began in the north. June was the hottest month in history, with the highest temperature 1°C above the most recent record set in 1999.

In June, temperatures in Inazares did not rise above 31°C.

On July 1, there was a severe hailstorm in Las Pedrizas (a nearby area), sweeping the entire cereal crop 1km away from our vineyard. Fortunately, there was no hail in El Altico but the estate did receive 25 litres of welcome rainfall, preceded by light hail that affected the ends of each row of the vineyard. 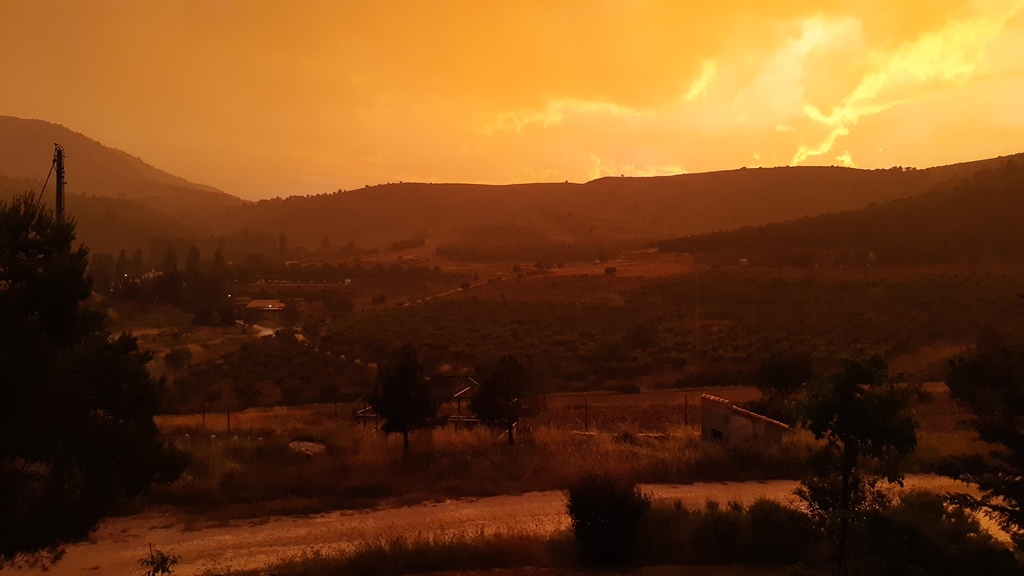 In mid-July, a new front arrived via the north-west of the Iberian peninsula. At the end of that month. a heatwave that swept across northern Europe returned. In Paris, temperatures ranged from a low of 22ºC to a maximum of 42ºC, temperatures never before seen in the history of France. Meanwhile, Luxembourg recorded a maximum temperature of 38ºC.

On August 1, there was a storm that produced 6 litres with light hail. There was no significant damage to vegetation. A new heatwave brought a heavy storm from August onwards.

Starting on August 8, we experienced a three-day heatwave with temperatures of 42°C in Murcia. In Inazares, maximum temperatures of 30°C to 31°C were recorded and, on August 18, a rain front arrived via Galicia.

On August 20, rain threatened with powerful storms in Inazares. At 18:30, vacationers hid their cars as a result of the darkening skies. By 19:00 there were already reports of flooding in Jumilla, with 45 litres of rain falling in 40 minutes. At 19:30, it began to rain and thunder began to clap in Inazares. Overall, 14 litres fell that night.

August 21 started with heavy cloud cover. It rained intermittently throughout the day. On August 25 there was light rain, while another 23 litres of rainfall fell during the evening of August 26.

By the end of August, Inazares had recorded total rainfall of 123 litres.

In September, days of light rainfall alternated with days with temperatures of 16 to 20 degrees.

On September 9, there was heavy hail in Lorca and in Bullas. At Inazares and on our other estate in El Aceniche (Bullas), we avoided hail for a second time.

On September 11, a new thunderstorm rolled over from Valencia. A red alert was issued on September 12. The south-east saw the coldest cold front in living memory in the region of Murcia: 149 l/m2. In Bullas, it was tremendous. Incredible volumes of rainfall were recorded in Murcia, Alicante, and Valencia.

The powerful storm predicted by María Thun occurred on September 13.

In Inazares, there was smooth, heavy rain that did not sweep any crops away.

September 16, 2019: The cold front moved away from the region of Murcia, with the front being the coldest in 140 years. Every year, we seem to beat some weather record or other.

Unlike the rest of the south-east of the peninsula, the rains in Inazares were moderate, alternating with foggy sunrises.

Until late September, it was clear and sunny with moderate temperatures of 20ºC to 24ºC that improved the ripening of the red grapes.

There was no respite in the weather and it remained varied until the start of the Monastrell harvest, in the Valle del Aceniche, at the end of October. 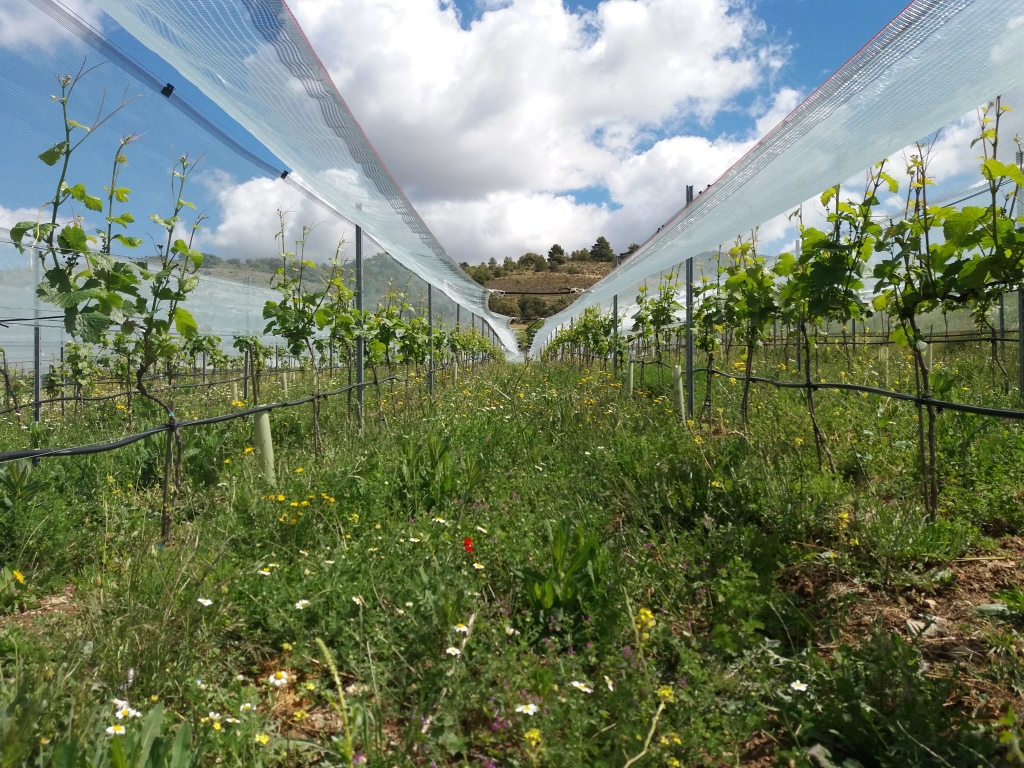